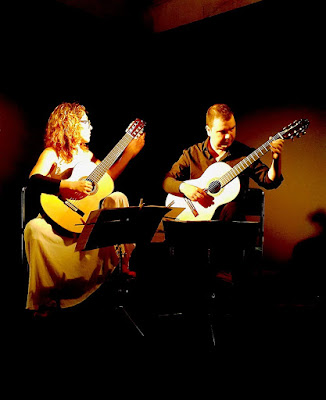 DUO Ribera Sàbat:
The Ribera Sàbat Guitar Duo is composed of catalan guitarists Maria Ribera Gibal and Jordi Sàbat Cots.
In his career as a duo, he has reached more than 9 years, have performed concerts at prominent festivals and music cycles. They won the second prize in the chamber music competition Guitar Festival of Elx (Alacant 2014). Throughout his career as a duo they have applauded them in theaters and auditoriums of Spain, European countries, Japan, Mongolia, China, Argentina... always highlighting the originality of the repertoire they interpret. They combine their concert activity with pedagogical practice and musical research.  Maria is a Doctor in History of Art, having performed a relevant thesis around the guitar. 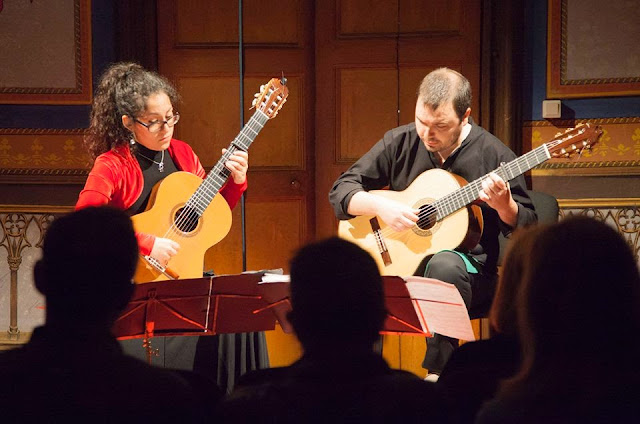